During the coronation of King Charles III at Westminster Abbey on May 6, the 74-year-old royal will be wearing the St Edward’s Crown, a lavish headpiece glistening with 444 gemstones set in 22-karat yellow gold. 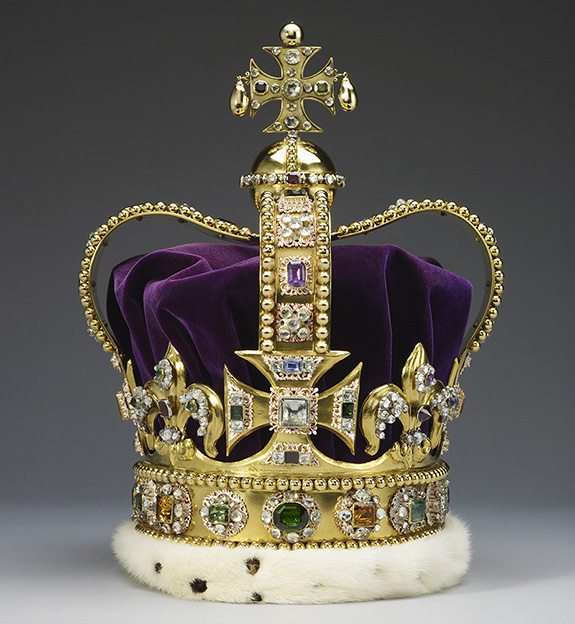 Considered the centerpiece of the Crown Jewels of the United Kingdom, the crown dates back to the 17th century and was, ironically, fabricated for King Charles II in 1661. The St Edward’s Crown has seen little use during its 362-year-old history and has spent most of its time in the Tower of London. In fact, only six monarchs have chosen to wear the St Edward’s Crown on their coronations: Charles II (1661), James II (1685), William III (1689), George V (1911), George VI (1937) and Elizabeth II (1953). Others have opted for other royal crowns that better suited their tastes and comfort levels. Queen Victoria (1838) and Edward VII (1902), for example, decided to forego the honor of using the St Edward’s Crown because of its weight and opted for the lighter Imperial State Crown. Measuring 30 centimeters (11.8 inches) tall and weighing 2.23 kilograms (4.9 pounds), the St Edward’s Crown is set with a colorful selection of 444 gems, including 345 aquamarines, 37 white topazes, 27 tourmalines, 12 rubies, 7 amethysts, 6 sapphires, 2 jargoons (colorless zircon), 1 garnet, 1 spinel and 1 carbuncle (red almandine). (This tally adds to 439 and the identity of the remaining six are unclear.) The crown has a velvet cap with an ermine band. King Charles III will wear the St Edward’s Crown at the moment of coronation and is likely to switch to the Imperial State Crown during the service. 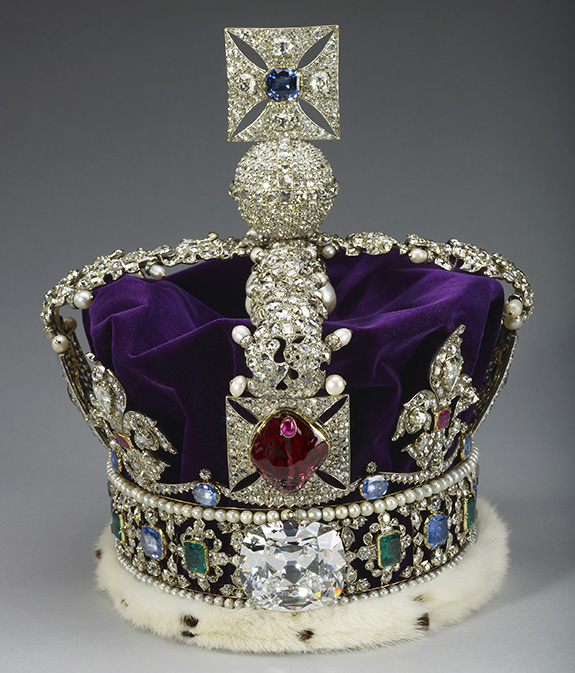 In a press release, Buckingham Palace announced that the St Edward’s Crown had been removed from the Jewel House at the Tower of London to allow for resizing ahead of the coronation. The current version of the St Edward’s Crown replaced a 13th century crown that had been melted down in 1649 when Parliament abolished the monarchy during the English Civil War. The monarchy was restored in 1660 under the leadership of Charles II. 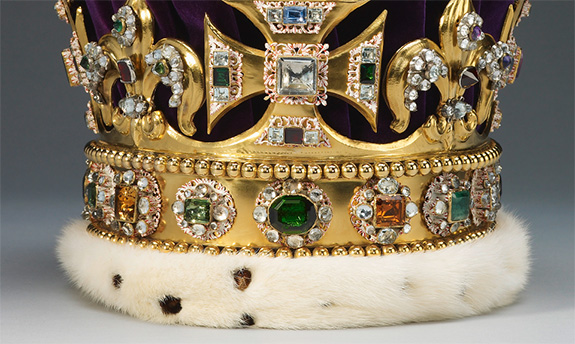 The 1661 design was not an exact replica of the medieval design, but it mimicked the original in that it features four fleurs-de-lis alternating with four crosses pattée, which support two dipped arches.