Actress Gal Gadot gets to wear the 128.54-carat “Tiffany Diamond” in the soon-to-be-released big screen adaptation of Agatha Christie’s Death on the Nile. The famous — but rarely worn — gem dangles from a platinum necklace featuring an openwork motif of sun rays glistening with 481 diamonds totaling more than 100 carats. 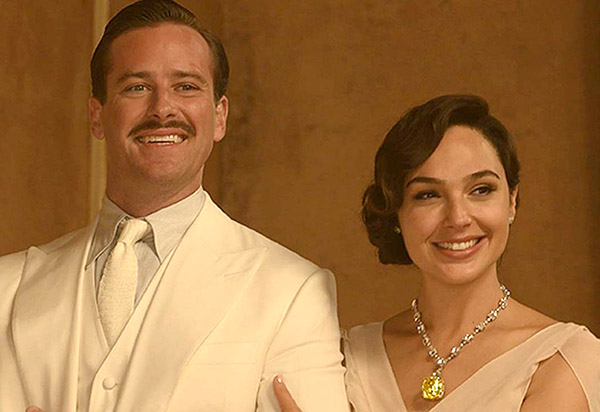 A Tiffany representative told the Hollywood Reporter that the necklace is showcased prominently in the murder mystery, starring Tom Bateman, Kenneth Branagh, Russell Brand, Dawn French, Armie Hammer, Annette Bening, Emma Mackey and Letitia Wright. Gadot plays a glamorous heiress who meets with foul play during her honeymoon aboard a cruise ship on the Nile River.

During its storied 143-year history, the cushion-cut yellow diamond has been worn by only four women. The gem made its first public appearance on the neck of Mrs. E. Sheldon Whitehouse at the 1957 Tiffany Ball. Actress Audrey Hepburn famously wore it in 1961 publicity posters for the motion picture Breakfast at Tiffany’s. And, in February of 2019, Lady Gaga turned heads when she wore it at the 91st Academy Awards.

Gaga revealed in June of this year how The Tiffany Diamond remained on her neck during a Madonna-hosted afterparty — and a late-night excursion to Taco Bell.

“When we were heading to Taco Bell, my car was pulled over, and Tiffany’s security politely removed [the necklace] from my neck,” Gaga said during a virtual appearance on The Graham Norton Show.

Promoted by Tiffany as one of the largest and finest fancy yellow diamonds in the world, the 128.54-carat gem was cut from a 287.42-carat rough stone discovered in the Kimberley diamond mines of South Africa in 1877. It was acquired the following year for $18,000 by Tiffany’s founder, Charles Lewis Tiffany. Today, it’s estimated to be worth $30 million.

The rough stone was brought to Paris, where Tiffany’s chief gemologist, Dr. George Frederick Kunz, supervised the cutting of the diamond into a cushion-shape brilliant with an unprecedented 82 facets — 24 more facets than the traditional 58-facet brilliant cut. The stone is just over an inch wide and seven-eighths of an inch from top to bottom. 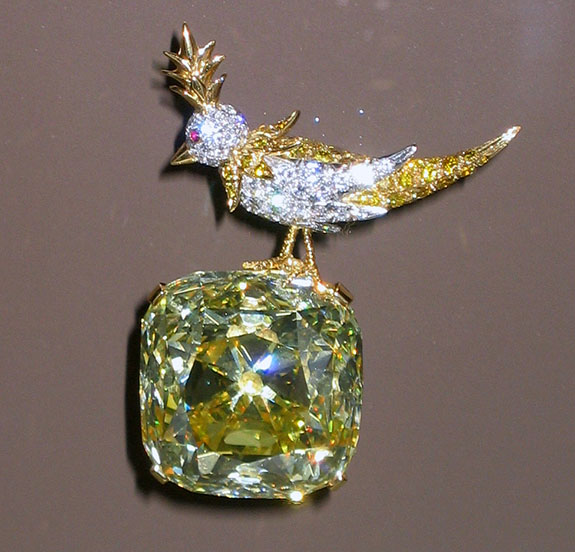 In 1961, the diamond was set in a ribbon rosette necklace to promote Breakfast at Tiffany’s. In 1995, it became part of a brooch called “Bird on a Rock,” which was exhibited at the Musée des Arts Décoratifs in Paris.

The Tiffany Diamond necklace worn by Gadot was designed in 2012 to mark Tiffany’s 175th anniversary celebration. When the necklace is not attending the Academy Awards or on a movie set, it can be seen on the main floor of Tiffany’s flagship store in New York City.

Death on the Nile is scheduled to hit theaters in October.