Another Never-Before-Seen Mineral Is Found Trapped Inside a Diamond

PhD student Nicole Meyer of University of Alberta’s Diamond Exploration Research and Training School discovered a never-before-seen mineral trapped within the inclusion of a diamond. She named the material “goldschmidtite” to honor Victor Moritz Goldschmidt, the founder of modern geochemistry. 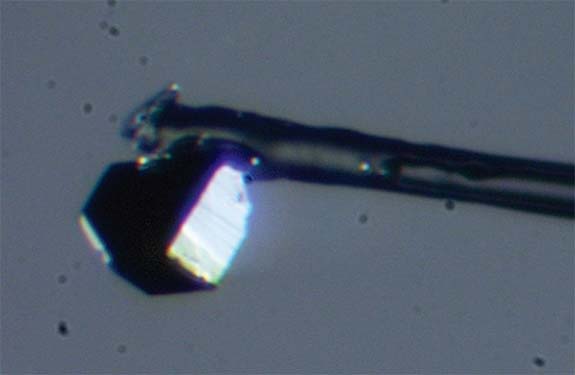 Back in March 2018, scientists at the same university identified a new deep-Earth mineral — also trapped within a rough diamond (see image, below). While measuring only .031 millimeters in diameter, the diamond was credited with ferrying the unstable material called “calcium silicate perovskite” to the surface from its original home 400 miles within the earth’s mantle. 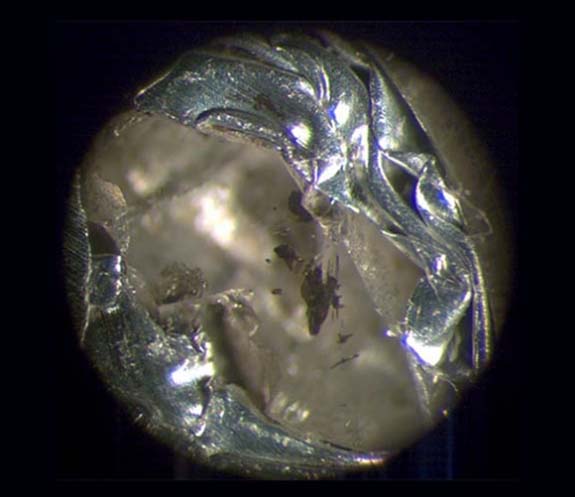 More than ever, scientists are relying on minuscule mineral inclusions within diamonds to learn more about Earth’s chemistry deep beneath the surface. Both diamonds were recovered from mines in South Africa.

“Goldschmidtite has high concentrations of niobium, potassium and the rare earth elements lanthanum and cerium, whereas the rest of the mantle is dominated by other elements, such as magnesium and iron,” Meyer said in a university press release. “For potassium and niobium to constitute a major proportion of this mineral, it must have formed under exceptional processes that concentrated these unusual elements.”

Meyer’s new mineral is believed to have originated about 170 kilometers (105 miles) beneath the earth’s surface, where the temperatures can reach 1,200 degrees Celsius (2,192 degrees Fahrenheit).

“This discovery is the result of a lot of patient and meticulous work by Nicole and the research team,” said Graham Pearson, Meyer’s co-supervisor. “Goldschmidtite is highly unusual for an inclusion captured by diamond and gives us a snapshot of fluid processes that affect the deep roots of continents during diamond formation.”

Diamonds can be blasted hundreds of miles to the surface during volcanic eruptions. The vertical superhighways that take the diamonds on their journey are called kimberlite pipes.

Meyer reported her discovery in the September edition of the scholarly journal American Mineralogist. Born in Switzerland and schooled in Oslo, Norway, Goldschmidt (1888-1947) is considered to be the founder of modern geochemistry and crystal chemistry.