Russia’s Alrosa diamond mining company may have discovered a diamond in a diamond. 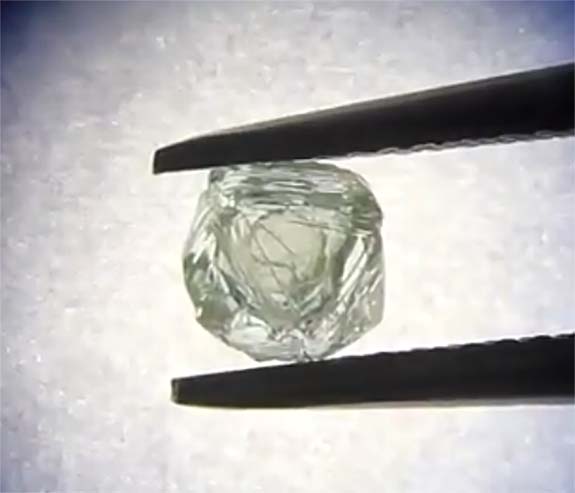 Alrosa’s Instagram page features a video of a 0.62-carat rough diamond with a curious void in its center. Rattling around in that cavity seems to be another rough diamond.

In a caption accompanying the video, Alrosa wrote, “A diamond in a diamond? We couldn’t help but share this very special find with you.”

Alrosa goes on to describe how the smaller crystal seems to move freely within the larger one. The curious gem was discovered in Yakutsk, Russia.

“We are not sure if the smaller one is a diamond,” wrote Alrosa. “Our scientists are looking forward to studying the crystal. It will be researched with non-destructive methods.”

In an unrelated Instagram post, Alrosa honored the 115th anniversary of Russia’s TASS news agency with what the mining company is calling “the world’s most expensive diamond hashtag.” 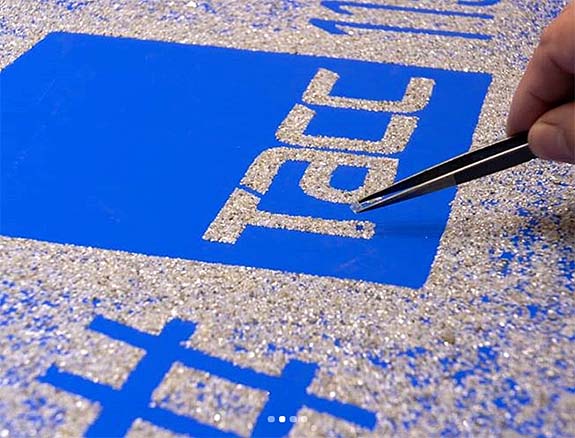 Alrosa created a mural with the hashtag “TASS115” rendered in natural white diamonds. The precious stones weigh 4,000 carats and are valued at $350,000.

The mural is being displayed at Alrosa’s diamond sorting center in the Siberian town of Mirny. 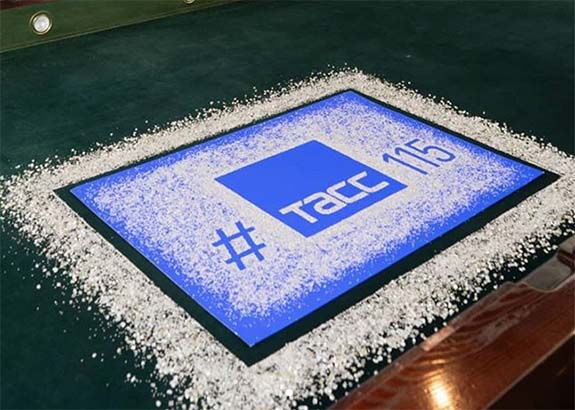 In its congratulatory message, Alrosa wrote, “On [the] occasion of the 115th anniversary of the legendary TASS, we [are] giving our friends the most expensive hashtag in history as a present.”

The TASS news agency was founded on September 1, 1904, as the St. Petersburg Telegraph Agency (SPTA). It was renamed the Russian Telegraph Agency (ROSTA) in 1918. Seven years later, the agency would become TASS (the Telegraph Agency of the Soviet Union). Today, it boasts 63 bureaus in 60 countries.

Alrosa is the world’s leading diamond producer in terms of volume, accounting for nearly a third of global rough diamond production. The company manages mines in Russia’s Yakutia and Arkhangelsk regions, as well as Africa.