Average Guy Knows His Partner Is ‘The One’ After 7 Months of Dating: Survey

The average American man knows after seven months of dating if his partner is “the one” and nearly half received not-so-subtle hints encouraging the proposal, according to a survey conducted for the Jewelers Mutual Insurance Group. 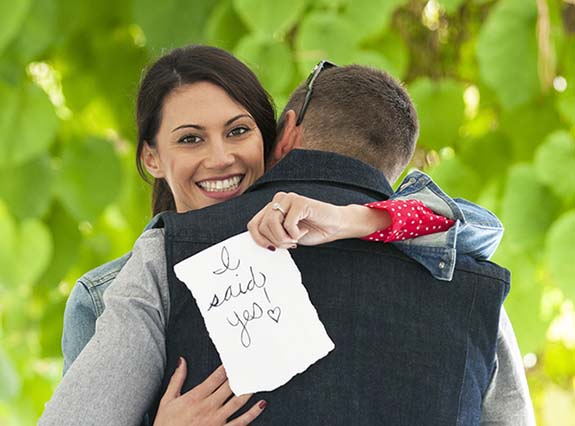 Two of the top five methods of dropping hints included forwarding emails from jewelry websites (45%) and stopping in jewelry stores to look at rings (40%). Other key signs that a partner was looking to tie the knot included watching TV or movies that involved weddings (54%), discussing other people’s engagements and marriages (52%), and leaving wedding magazines out to be discovered (50%). 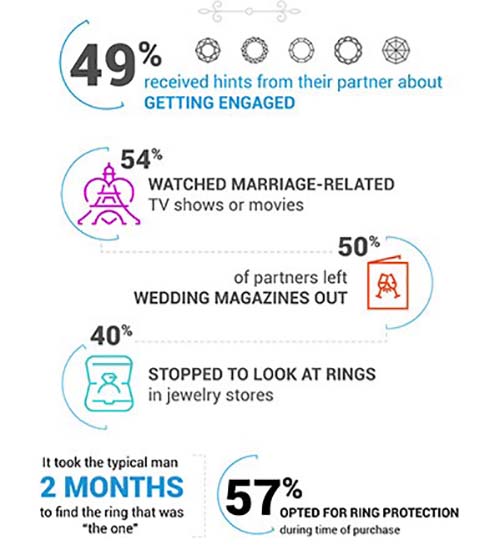 The survey also revealed that it took an average of two months to find the perfect diamond. Of those who proposed with a ring, three in five noted that they were guided by their partners about ring preferences. 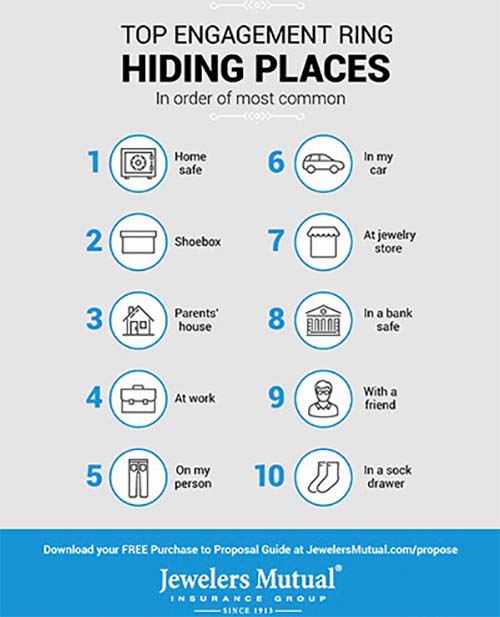 After purchasing the engagement ring, nearly half of the men kept it in a home safe while 30% put it in a shoebox. A quarter of the men kept the ring with them all the time, while 27% gave it to mom and dad for safekeeping. The survey also found the most common methods to protect the investment were a jeweler’s warranty (56%), specialty jeweler’s insurance (43%) and manufacturer’s warranty (42%).

Nearly eight in 10 men (79%) said their proposal went exactly as planned and 85% revealed that their proposal actually surprised their partner. We had previously reported that when it comes to getting engaged, nearly half of American brides-to-be want their engagement rings to be a surprise.

Followers of this blog know all too well that the best laid proposal plans sometimes go awry. We’ve reported on major snafus that nearly thwarted their engagements — including rings getting flushed down the toilet, trapped in lost luggage, falling into city utility grates, and even being washed out to sea during the proposal.

Luckily, all had happy endings.

“Popping the question and finding that perfect ring to symbolize your love are huge decisions,” said Jessica VandenHouten, brand communications manager for Jewelers Mutual Insurance Group. “Deciding how to protect the ring should be equally important. Given the time, financial and emotional investment, you want to protect the ring for all its worth.”

The survey results are based on responses from 2,000 engaged and married American men and was conducted by OnePoll on behalf of the Jewelers Mutual Insurance Group.