Birthstone Feature: At 19,747 Carats, This Gem Is the Smithsonian’s Largest Faceted Citrine

As one of the two official birthstones for the month of November, citrine is the sun-kissed member of the quartz family of gemstones, with colors ranging from the warm hues of golden champagne to the deep orange-browns of Madeira wine. The stone perfectly embodies the color palette of the fall season. 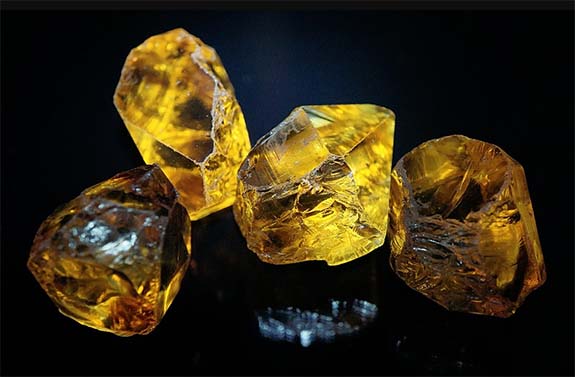 The gem you see below is a smoky citrine from the Smithsonian’s National Gem Collection. Sourced in Bahia, Brazil, the modified marquise-shaped gem weighs 19,747 carats, which is equivalent to 139 ounces or 8.69 pounds. It was faceted in 1987 by Michael Gray and acquired for the Collection in 2013. 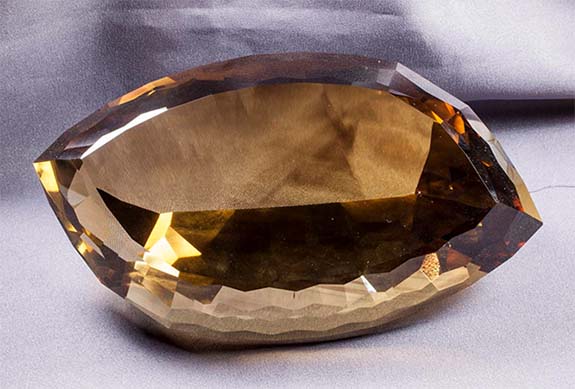 The enormous gem is the largest faceted citrine displayed in the Janet Annenberg Hooker Hall of Geology, Gems and Minerals at the National Museum of Natural History. Its the most-visited natural history museum in the world and the National Gem Collection consists of approximately 350,000 mineral specimens and 10,000 gems.

Quartz, which is composed of silicon and oxygen, is colorless in its pure state. The Greeks referred to the material as “krystallos,” or “ice.” But when trace amounts of impurities invade its chemical structure, nature yields a wide range of brilliant hues. Citrine is colored by impurities of iron and is a near-cousin to other popular quartz-family members, including amethyst, rose quartz and tiger’s eye.

The name “citrine” is derived from the French word “citron,” meaning “lemon.” Most citrine comes from Brazil, but other important sources include Spain, Bolivia, France, Russia, Madagascar and the U.S. (Colorado, North Carolina and California).

As the American Gem Society reports, citrine’s durability makes it a lovely option for large, wearable jewelry. With a hardness of 7 on the Mohs scale, citrine is very resistant to scratches and everyday wear-and-tear.

Citrine wasn’t always an official birthstone for November. The National Association of Jewelers (now Jewelers of America) added it in 1952 as an alternative to topaz.